Gather ‘round folks. I’m about to tell a painfully embarrassing story from my younger days.  It’s about a time when, in a fit of ignorance, I stuck my foot in my mouth.   It still embarrasses me to this day.  Of course, I’ll be telling it from my vantage point.  It might not seem as awful to you as it feels to me, but in my memory it still stings .

At the end of my freshman year in college, in the spring of ‘94, I was a member of my residence hall council.   It was like an extended version of high school student council, but it was also a way to meet people and make friends.  (It is also how our culture teaches civics and leadership.)  Towards the end of the academic year, the council was planning an end-of-the-year party.  Since it was the end of the year, our budget was running low and we were struggling to stretch the cash we had to cover this event.

As a meeting was ending, someone was talking to one of our assistant directors (AD) about the problems he was having finding a DJ.   He simply didn’t have the money that they were asking for.  I casually commented that he should just try to “jew ‘em down.”

Yep. I said that. 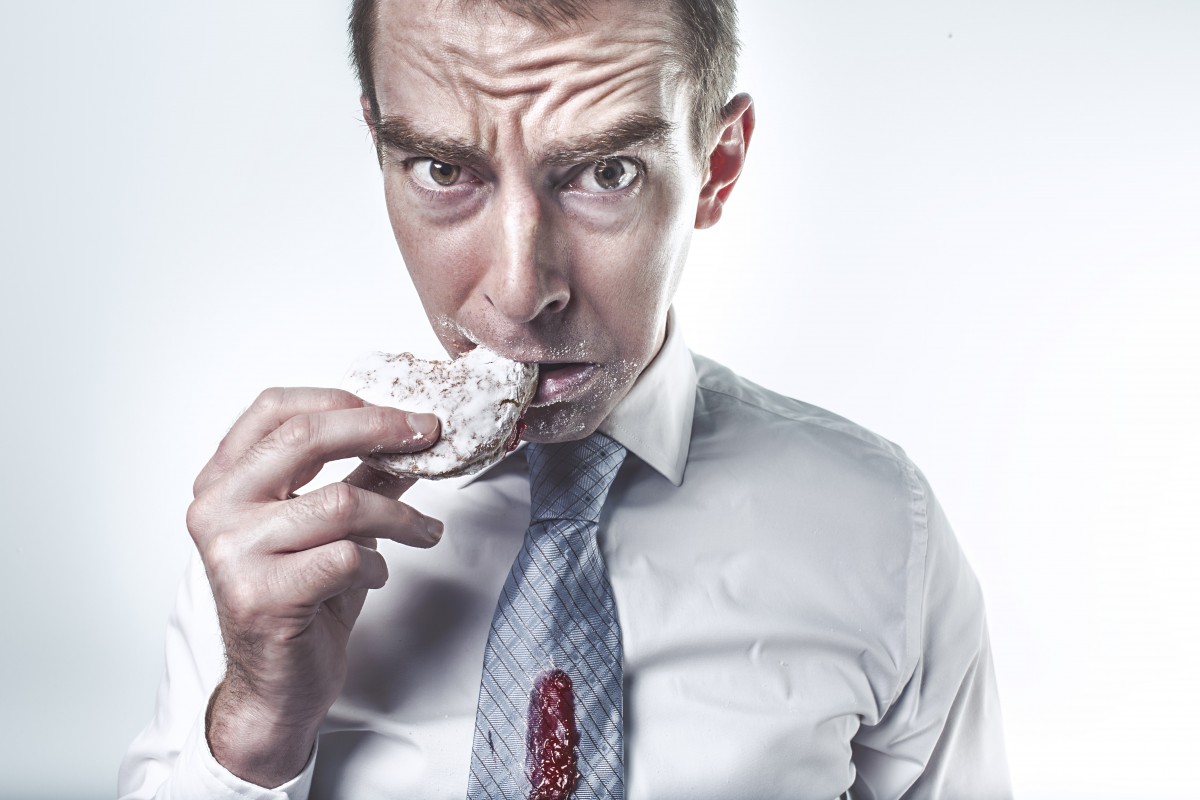 Yep, it was a damned ignorant thing to say.

The AD’s jaw dropped – literally.  That’s when I realized I had said something pretty bad, though I still wasn’t quite sure why it was bad.  Now, if y'all could wait a moment before demanding my crucifixion, I’d like to explain.

I’d guess that I’d heard this phrase a dozen times or so during my life up to that point.   I was raised Catholic on a farm outside a small, predominantly Polish town during the 80’s.  All of this was well after Vatican II ended in 1965 with an official decree from the Pope that, though the Jews present before Pontius Pilate called for Jesus’ death, it was incorrect to blame all the Jews at that time for his death, and was certainly wrong to assume that the blame would carry over to currently living Jews.  So, really, I never should have heard the phrase to begin with.  I guess my uncle and some of my dad’s cousins, who were born in the ‘50’s or earlier, had probably grown up hearing the phrase and just didn’t get the message.  To be fair, the original Vatican decree absolving Jews of deicide (god murdering) was only a single, densely-worded sentence in the entire book that resulted from Vatican IIi.

Growing up in the ‘80’s, I had no experience with Jewish folks.  We were all taught that Jesus was Jewish in Catholic school religion class, but that’s about all I knew about Judaism.  That, and they ate unleavened bread for some reason.  I knew that the Holocaust had occurred during WWII, but I didn’t know about the long and sordid history of antisemitism in Christendom. ii

In fact, I knew so little about Jewish people that, the few times that I heard that phrase, I thought they were saying “chew.”  After all, why on Earth would anyone say “Jew ‘em down?”  That made no sense when you had never been exposed to antisemitism or even Shylock from “The Merchant of Venice.”  I didn’t know that Christians had banned Jews in Europe from engaging in most trades, so that banking (aka money-lending) was one of the few professions available to them.  Even history class gave us no real in-depth details on the Holocaust or WWII.  It was focused on the dates of key battles and not the story of what the war was about.  People will “chew the fat” when they have a leisurely chat, though, so, to my mind, it made sense that one might “chew down” a price over the course of a negotiation.

Additionally, as I learned when I studied linguistics for ESL teaching, the “ch” and “j” sounds are the same, but “j” has the addition of a being ‘voiced’.  If you place you hand over your throat while you make the two sounds, you’ll notice that your mouth makes the same sound.  The difference is that your vocal chords also vibrate when you make the “j” sound.  I’m certain I actually said “chew ‘em down,” but the AD, who grew up in Detroit and was a bit more worldly and knew the phrase, heard “jew ‘em down.”  What mattered, though, was not what was said, but what was heard.

I never intended to cause offense with that remark, even though I did.  I’m just glad that I said it before the advent of the smartphone so there’s no record of it, except my own embarrassment.

Thank you for taking the time to read this.  This story was certainly unpleasant for me, but, given our intolerant times, it seems that it needed to be told.  If you think it helps to shed a little perspective, then please feel free to share.  There are social media buttons up top for your convenience.  You can also follow the blog (blue button to the right), or like our page on facebook (button in the upper right).   Lastly, we've linked a few of our satire pieces below, so you can end your visit with a chuckle or two.  Thanks and have a great day!