The Department of Justice has filed a lawsuit to block federal funding to North Carolina’s because of its anti-transgender bathroom bill.  Legal experts around the country are doubtful that this bill can withstand constitutional scrutiny, but North Carolinian legislators think they have a fix.

One esteemed Constitutional law professor, Brendan Beery of Cooley Law School, has even offered that the federal courts have the power to grant the DoJ authority to cancel the funding until the bill is invalidated, but the court doesn’t have to take the step of invalidating the law by declaring it unconstitutional.  This would leave the State of North Carolina losing millions of dollars every day until they repeal the law themselves.

In an effort for the legislature to save face and stand its ground, yet not lose billions in federal funding, several Republican lawmakers have come up with a compromise[1] change to the bill.  The new bill will ban Bigfoot from all public restrooms.  Phil Berger, president pro tempore of the North Carolina Senate, was standing tall and excited to pass the bill.  He has already called the DoJ’s actions an over reach, but now he’s trying to do a reach around to save the law from being completely dismantled.  “We recognize that the tyrannical federal government will force itself on us,” he said “and will just keep hammering us harder and harder until we give in and satisfy it.”  “We are stuck between a rock and  . . . something really hard,” he continued, “and we just have to protect our butts right now.”

Instead of an outright repeal of the law, lawmakers have decided to change it in a way that will keep it from being struck down.  “You see,” said Governor Pat McCrory, “we stand our ground in this State.  I don’t care if the facts show that these ‘trans’ people are not a threat to society in any way, we have our beliefs and they must be respected.  Our voters demand that we don’t compromise and do something about the trans problem.  That’s why I called the legislature back in to broaden the bathroom law – to make sure that we are safe.”

The North Carolina bathroom law will be amended to replace “transgender” with “trans-species” and the definition of “biological sex” will be changed to simply “biology” being the “biology one has at birth as reflected on their birth certificate.”  “I have to thank Raymond Bigelow, a local Tea Party leader from Paducaville, for alerting us to the real threat --” said McCrory, “the threat of trans-species predators.  This bill makes illegal for any trans-species person to enter our bathrooms with the intention of harming our women and children.”

Raymond Bigelow, who has been considering a run for the North Carolina State Legislature after his “near successful” campaign for a conservative verb tense in the schools last year, brought the issue up, and even helped to write the bill.  “I was talking with my 16 year old son when the whole ‘trans’ issue was brought up,” he said, “and my boy asked me ‘what about trans-species, like ManBearPig?’  Then he started telling me about it.  I didn’t believe him at first, but he saw it on TV.  He even said Al Gore was on the show, so it musta been true.  My boy even went on the internet and got the sketch they made of this thing to prove it to me.” 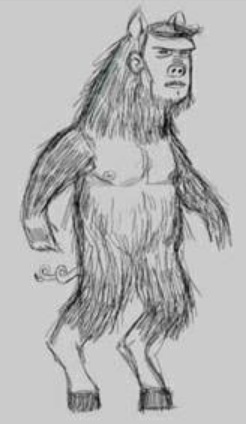 
“Now, we know that these trans-species people are actually the real predators.  Now, that we know about them, it makes sense that it ain’t them transgenders we gotta worry ‘bout.”  When pressed about actual occurrences of trans-species predators in North Carolina, Mr. Bigelow replied: “That’s the thing, see, there haven’t been any cases because they do such a good job trans-ing themselves to look like humans!  I’m certain that some of the reports we get around Halloween are actually just these trans-species folks who ain’t done with all the operations yet.  But mark my word, I don’t care if you’re Bigfoot, or if you’re half bigfoot, half human, and half ManBearPig, we’re gonna get you with this law.”

Mr. Bigelow said that he wrote the law to target birth certificates because it was one of his legal specialties.  Bigelow explained that he didn't need to go to law school to learn about the law.  "I learned everything anyone needs to know about birth certificate law from reading about all the research that Donald Trump and other 'Truthers' have made publicly available."  He went on to add that "it was a better education than you could get at any law school, except for the good ol' ASSoL," referring to the Antonin Scalia School of Law.  Well, ya' know what they say, "once ya' get yer head up the ol' ASSoL, you come out a brilliant conservative lawyer."

Bigelow was asked if it made any sense to conflate the falsely claimed predatory intentions levied against trangender individuals with even less supported claims of the existence of trans-species-persons.  "We all know that "trans" is "trans, and ya' can't really tell 'em apart." he said.  Then continued that "Some may have the political machine in Washington to protect them, but they can't all hide."

When asked if we should consider this bill his formal entrance into North Carolina politics, Mr. Bigelow confirmed.  “Yep, we need a better, safer North Carolina,” he said, adding that “my campaign will show that, from the time that this law goes into effect, there won’t be any arrests of trans-species people in North Carolina.  That’s because they’ll know we’re on to them.  My bet is that they’re packing up and moving to ol’ liberal New York right now. ”


Satire note: nope, the stupid and bigoted people in this article, even the real ones, didn’t actually say these things in this article.  Some of you were actually wondering if they said these idiotic things, though, weren’t you?


[1] Editor’s note: The original version of this story included the word “compromise”.  Several NC State legislators have complained that this word is the equivalent of cursing using the Lord’s name, so the story has been changed to protect certain people’s sensibilities.