In a rare leak from Senate majority leader Mitch McConnell’s office earlier today, an unnamed staffer opened up about the real reasons behind their health care reform failures in Congress.   The staffer spoke on condition of anonymity due to not having official clearance to speak on the topic.

The staffer said that, according to McConnell, all the finger pointing at moderate Republicans and the Tea Party caucus (a.k.a. the Freedom caucus) is misplaced.  There is plenty enough unity among Republicans to enact their agenda, McConnell feels.  Despite the fact that moderate and Tea Party Republicans couldn’t objectively agree about the health care repeal proposals in the Senate, McConnell still feels that they really agree.  He is not even willing to blame Mr. Trump’s leadership style for being unpersuasive because he knows where the fault truly lies.

If you remove any blame from all Republicans, then the only people left to blame are Democrats and the electorate.   Our source told us, though, that McConnell knows even more specifically where the blame lies.  He puts it squarely on Hillary Clinton. 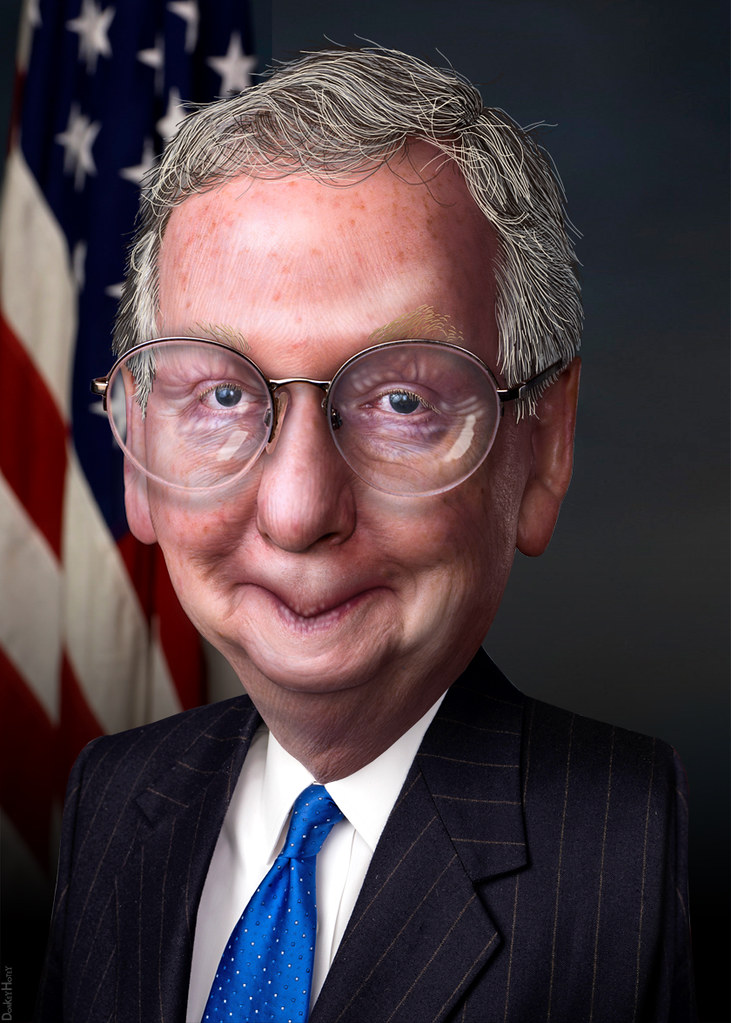 After all, confided our source, if Hillary had won the election like everyone thought she would, then the entire legislative affair to repeal Obamacare would have been avoided.  Just like the Spanish Inquisition, nobody, not even Republican leaders like McConnell, expected Trump to win.  The Republican leadership was bravely prepared to continue criticizing Obamacare while not putting forward any realistic ideas to improve healthcare quality or to slow its rising costs for another 8 years, if necessary.  All that changed when Mr. Trump unexpectedly won the electoral college on Nov. 9th.

The source claims that McConnell is so distressed that he can be heard from his office late at night singing the lament “Hill-awww-ry!  Why’d you have to go leave me so soooon!”

The Diogenetic Light will keep you abreast of new developments to this story as they arise.


Satire Note:  Nothing in this article should be taken as fact.  Any similarity between the people or events described in this piece and those in real life is entirely due to the ridiculous nature of ideas that some people entertain.

If you need a break from all the nastiness and junk news, or you just need a laugh, you can check out some of our other satire here:

Healthcare Bill Has Grammarians Up in Arms.

Trump Calls for Changes in Conflict of Interest Law

If you're interested in learning how liberals can get better at messaging to win the war of ideas, check out the 4 part series starting with: