We here at the Diogenetic Light have seen that Trumpenstein is trying to bring RepubliCare back to life.  Below are, we think, all of the memes that were used in the prior articles about this monster.  We put them here to make a convenient place for you to grab a meme to shield yourself when Trumpanzees inevitably begin hurling poo at you again.

You may notice that the tone of our memes aren't as snarky as some others.  That is intentional.  We purposely design our memes, hopefully, to appeal to middle of the road voters and Trump voters who now have regrets and serious doubts about their votes.  We look at every interaction as an opportunity to place a grain of sand on their scale of judgement to eventually them toward justice.  If your interested in why we do this, we first began to outline the strategy behind this with the article that explains why Trump's Removal Must Be Political.  We then followed with a couple pieces on how to engage those middle of the road folks.  First, by taking some time to Calm the Storm inside our own hearts, and then by looking at some specific skills that have been used since the time of Socrates.  (Currently, the final article in the series, which talks about dealing with Trumpanzees in their native habitat,  has been gobbled up by a demon that caused a computer crash.  We hope to find it and publish soon!)

We call it the Republican Wealthcare proposal for some very specific, strategic reasons, as we outlined in Don't Call It TrumpCare.  We then took a look at the basics of the Republican's effective messaging machine in RepubliCare - Working the Word part 1 and part 2.  Finally, we applied those lessons to RepubliCare specifically in RepubliCare - A Word that Works.

We have a personal appeal as Trumpenstein prepares to set his monster upon our nation's citizenry once again.  Please, take a few minutes to read the Don't Call It TrumpCare series.  (We make an effort to limit the length of every article so that they don't take too much of your time.)  If you think the ideas in them are worth discussing, then please consider sharing them to get a conversation about effective communication started, which is long overdue in progressive and liberal circles.  If you agree with the ideas in them, then please take a moment to Google your Senators, Representatives, and local party leaders and send them the Don't Call It TrumpCare article link.  Trumpenstein is back in the lab, and it's time for us citizens to grab our verbal pitchforks and strategic torches to put an end to this monstrosity once and for all.

Finally, we are taking requests for new memes that you'd like to see.   Instructions for that are below the memes.


And now, the memes: 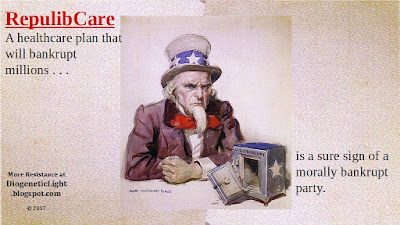 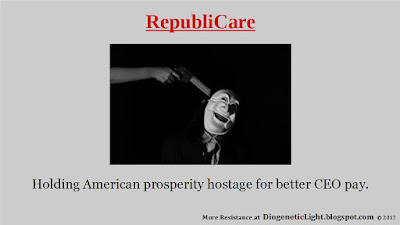 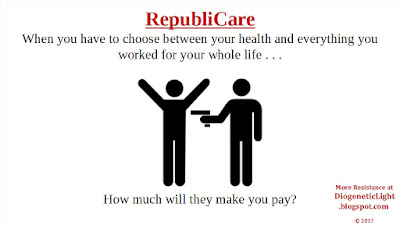 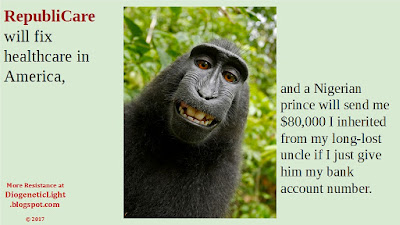 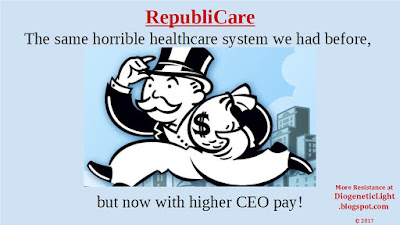 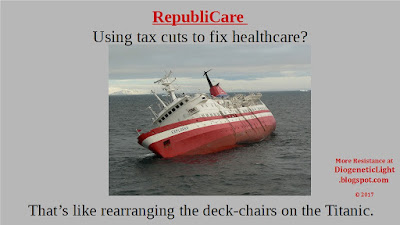 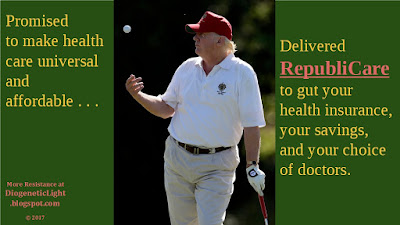 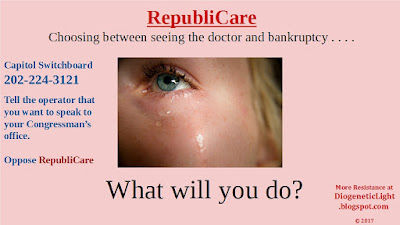 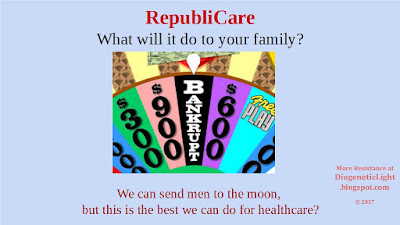 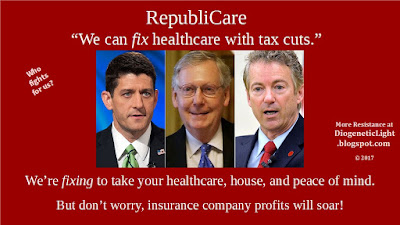 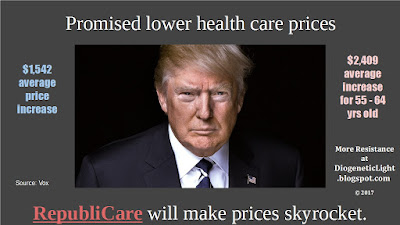 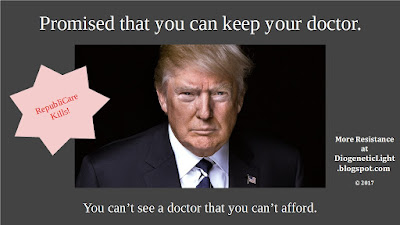 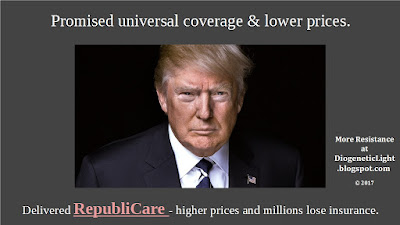 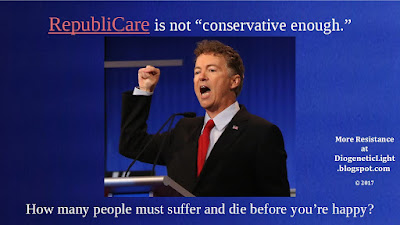 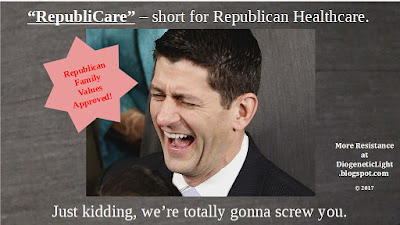 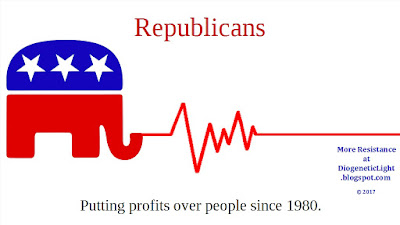 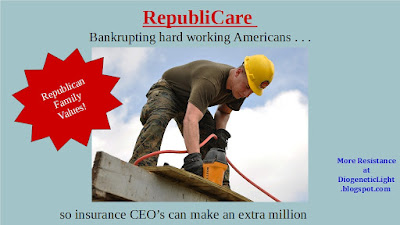 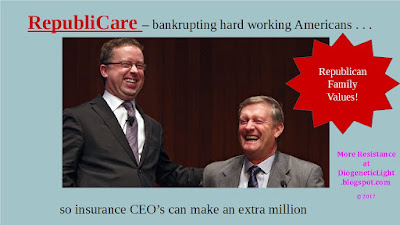 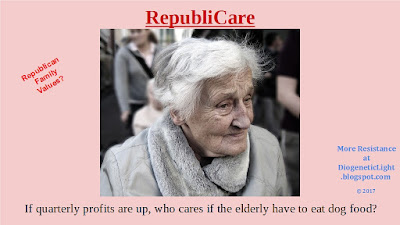 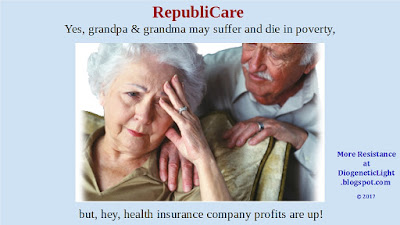